What is Backing the China CBDC Renminbi? Guide

China has been at the forefront of the fight against virtual currencies. Crackdowns against Bitcoin trading and mining have triggered wild swings in the burgeoning sector. Amid the crackdowns, the country continues to lead the pack in the development of a national electronic currency as part of an effort that seeks to enhance electronic payments.

Unlike other countries that are yet to open discussions, China has made significant progress on the development of the central bank digital currency (CBDC) since 2014. The People’s Bank of China has been spearheading the efforts.

The digital yuan affirms China’s bid to digitize the economy. Additionally, the effort should allow the government to have a say on cashless payments currently dominated by tech giant offerings. While trials are already underway, the ultimate goal is to make it a legal tender once formally launched. The launch will seek to avert the need for Bitcoin, Ethereum, and others in Chinese society.

CBDC is completely different from Bitcoin, Ethereum, and the likes of not being fully decentralized. The fact that the PBOC will issue it means it will be under its control. In contrast, most cryptocurrencies are fully decentralized with no centralized authority to control them.

While cryptocurrencies are known for enabling anonymous transactions, that will not be the case with the CBDC. The PBOC maintaining a level of control means it will know which party is involved in a transaction.

Additionally, it is still unclear which technology CBDC will be built on. On the other hand, Blockchain is the underlying technology powering most cryptocurrencies and enables high levels of decentralization.

Digital yuan would stand out from the pack partly because it will be a legal tender in the country. In contrast, Beijing has banned the use of virtual currencies.

How it will work

Once fully launched, the electronic renminbi will operate as a legal tender, meaning no entity can refuse it as a mode of payment. One digital renminbi will be equivalent to one yuan, and each will be exchangeable for another. People will be able to hold it in their mobile phone e-wallet.

The central bank will be tasked with the responsibility of replacing the physical yuan with the electronic version. Additionally, it will ensure distribution to commercial banks and other financial institutions that will, in return, distribute to the people. Financial institutions will be allowed to leverage various services to ensure the maximum distribution of electronic money.

As part of an effort to get people to understand what CBDC is all about, the central bank has already given out millions worth of digital currency as part of the ongoing trials. Some of the distribution has occurred through lotteries by local governments in big cities.

What is backing the digital renminbi?

Unlike other decentralized currencies that are not backed by anything, the digital renminbi is backed by the Chinese central bank. The centralized authority will be responsible for controlling its distribution and regulating it. Additionally, it will have a say on its value when compared to other fiats or digital currencies worldwide.

Additionally, the CBDC will be backed by reserves of physical fiat, the yuan it is replacing. Given that the renminbi value has always fluctuated in response to sovereign credit also means it will be the case with the digital renminbi.

The fact that it will be backed by renminbi deposits held by the country’s PBOC affirms its strong ties to the government. The Chinese government is known to manipulate the yuan from time to time in a bid to maintain a favorable exchange rate highly needed to support the export-dependent economy.

The backing from the yuan means financial institutions will have to convert part of their holdings into digital for distribution to people and businesses. In addition, people will be required to download a wallet that they will use to store their holdings.

The Chinese central bank has already reiterated that such a currency will go a long way in addressing the pitfalls of cash and coins. For starters, it should curb the use of counterfeit yuan in the economy. Additionally, it should help avert illicit purposes.

Digital renminbi would also give the authority some control against money laundering, a major problem associated with other cryptocurrencies. Given that it is generated by the government, which will control anonymous transactions, it will not be possible, as is the case with normal electronic currencies.

Additionally, a CBDC is expected to enhance payments by making them more efficient and allowing the central bank to improve monetary policy. There is also talk that it could go a long way in helping enhance financial stability as there will be a level of anonymity on payment transmissions. Still, the PBOC will be able to stop illegal activities.

In addition, a digital renminbi should help strengthen competition around cashless payments. While the likes of AliPay and WeChat currently dominate the space, an electronic renminbi will increase competition and help reduce systemic risks.

China is way ahead of other economies on the development of a national electronic currency. The Chinese digital renminbi is to be backed by the PBOC that will maintain some level of control. Additionally, it will be backed by yuan reserves in the central bank as well as sovereign credit. 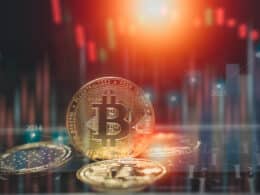 The most fundamental trading strategy in most financial markets is buying low, selling high, and profiting from the…
bycoinpriceman 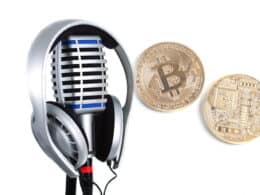 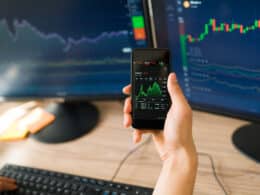 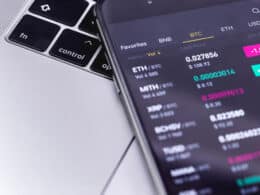