Fan Tokens are types of cryptocurrencies that allow their users to vote on club decisions, receive incentives, and choose from a wide range of goods options. Sports teams, music fan clubs, and other organizations have benefitted from these tokens, as they have emerged as revenue streams.

Fan tokens are typically sold by sports teams through Socios, but other exchanges such as Binance and Bitci are also seeing significant growth in their user base of sports teams willing to provide them. It is the Chiliz token CHZ, which was launched on the Chiliz blockchain, that is considered the industry pioneer.

Fan tokens, as opposed to NFTs, are fully “fungible,” meaning they can be used in any other club-related functions and are interchangeable. The tokens may be exchanged for sporting goods, VIP experiences, and other items in the same way that fiat or cash can. As well as allowing fans to take part in fan-led decisions via a mobile voting platform, token ownerships also serve as entry tickets into a secure, privileged inner sanctum of fans who share similar interests and values.

The clout you have is determined by how many tokens you have as well as how many votes you cast, which moves you through several reward tiers until you get access to the best VIP perks.

As a general rule, the value of your favorite team’s token is directly proportional to how much you believe in that team. They’re a unique form of currency, controlled and defined solely by the team’s supporters.

How do fan tokens work?

A cryptocurrency fan token functions in much the same way as a standard cryptocurrency. Once you’ve determined the fan token you want to purchase, go to the crypto exchange platform that has listed the token and complete the transaction.

The seller sets the price of a fan token before trading can begin. However, from then henceforth, it is susceptible to price changes in the market based on how well it is received by buyers.

As mentioned above, fan tokens allow users to access a variety of club-related offers and affairs, such as clothing designs, tour bus design, performance locations, tickets issues, and much more. They can also use these tokens to access other club-related offers. As a result of these incentives, fans are more driven and engaged in the club as a whole. As a result of the perks and incentives, members feel more connected to the company, and this, in turn, contributes to its expansion.

As of right now, Socios is the largest crypto fan token site in the world, allowing sports teams to issue cryptocurrencies to their fans. Among the many crypto-fan tokens available on Socios are those of Manchester City, Juventus, Paris St. Germain (PSG), Everton, Arsenal, and other top soccer franchises in the world. In addition, creators can also use XCAD to generate their own cryptocurrency tokens, which viewers can earn by viewing their videos.

How to buy fan tokens?

Currently, the most widely used fan token, Chiliz (CHZ), runs on its own blockchain. Additionally, Chiliz created the Socios.com portal for fans to interact with their favorite sports teams and clubs. Fan tokens on the Chiliz network may only be obtained by purchasing CHZ on a crypto exchange. Apart from Chiliz and its Socios.com website, there are, however, fan tokens that are available for purchase.

These tokens are unique to a particular team or club and are valuable digital assets because they allow access to an encrypted record of who owns voting and membership rights in that organization. There is also a Socios.com marketplace where fans may buy and sell fan tokens. Chiliz.net, the company’s exchange, and trading platform, allow users to exchange their Fan Tokens into CHZ.

Several popular centralized exchanges list fan tokens; however, not all of them have been verified or are of a sufficient volume to be included yet. The only places where fans may trade or swap fan tokens would be on decentralized exchanges (DEXs) such as PancakeSwap, in this scenario. To exchange fan tokens on DEXs, you will need a cryptocurrency.

The value of fan tokens fluctuates just like the value of other cryptocurrencies. Prices can soar or plummet based on the forces of supply and demand in the market. Soccer fans who purchase these tokens claim that the prices fluctuate according to the team’s progress and performance.

It is obvious that some fans use fan tokens as a luxury item and a loyalty symbol rather than a long-term investment because their value fluctuates according to the emotions and engagements of the fans.

It’s also common to see a large number of tokens being held by the sports team or club that issued them, which distorts the market. For instance, while the top 13 Socios clubs control almost $2 billion in tokens, supporters only hold $367 million, according to a recent BBC investigation. Fan token investors should keep in mind that the clubs that issue the tokens wield enormous influence over them.

Clubs have learned to create an exclusive group of fans using fan tokens. In addition, fan participation in an engaging voting and reward system has been made easier with the introduction of these new tools. Your influence over the club grows as you accumulate more fan tokens, and your devotion to your team is rewarded. Fan tokens are a great way for fans to feel more connected to the team that they already support, and the value of their tokens is expected to rise as the club grows. 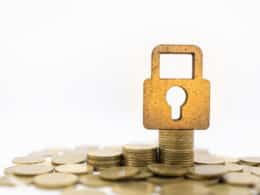 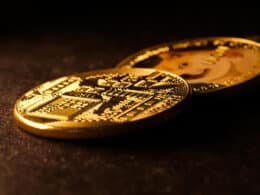 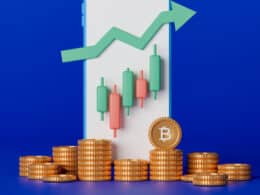 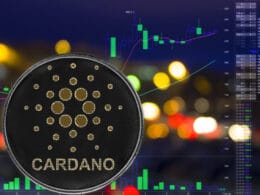 The Cardano Network and ADA Its Native Coin

Cardano is a blockchain network that seeks to offer scalability and security on the deployment of decentralized applications.…
bycoinpriceman