Chainlink Is on the Course for Further Gains

LINK’s prices were up by 1.1% over the previous 24 hours as it traded at $31.09 at the time of writing. Chainlink has surged by more than 12% over the last week, and it looks set to build on that momentum to rise further.

Chainlink last Friday announced that it has teamed up with dxFeed, in a move that will see Chainlink gaining from dxFeed’s extensive capabilities in business and financial data solutions. The partnership will primarily involve the integration of dxFeed into Chainlink’s oracle node. In essence, dxFeed will provide financial data via Chainlink’s blockchain network.

Ultimately,  the partnership will seek to expand Chainlink’s footprint in Decentralized Finance (DeFi). In addition, dxFeed will target Decentralized Applications (DApps) and developers with the aim of helping them with data solutions. The project is informed by the rising demand for DeFi.

Chainlink has been keen on enhancing interoperability among blockchains. Its integration with Polkadot is still under development and has so far led to the availability of on-chain price feeds on the Chainlink network as a Substrate oracle pallet. The integration will allow Polkadot’s smart contracts to access price feeds and up-to-date, reliable price data, thereby increasing its capacity to offer new products and expand into new markets.

Chainlink’s integration with Polkadot shows its potential to grow further in the DeFi segment. Several projects are already using its link to external market data on the Ethereum ecosystem, and the continued expansion of DeFi will help pump up LINK’s value.

Chainlink has cut a niche for itself in employing the Chainlink oracle network to link smart contracts to real-time secure and reliable market data outside the native blockchain. Chainlink’s integration with Polkadot positions it for broader access to smart contracts worth billions of dollars, especially in the NFTS, DeFi and gaming segments. In addition, Chainlink’s well-established reputation for a secure network and quality data will give it an extra edge in smart contracts.

Elsewhere, Mogul has integrated with Chainlink VRF. The move is designed to secure Mogul’s NFT marketplace, which is built on movie production. The project will leverage Chainlink’s expertise in verifiable randomness services to give Mogul a mechanism for fair generation and transparent distribution of its rare NFTs.

In essence, Mogul intends to use the Chainlink platform to distribute its movie-based NFTs to holders of its Access Pass as well as enthusiastic collectors’ random chances of getting their NFTS. Importantly, it will accord them equal chances of laying their hands on rare and valuable NFTs. This is expected to make the platform more attractive.

LINK’s recent gains and promising prospects are likely to stimulate increased institutional adoption of the asset. In the last five days, the Grayscale Chainlink Trust has added more than 65,000 LINK to its inventory. Further acquisitions will push prices further north to $30.

LINK/USD will find the first support at $27.5, while the second support will be at $30.5. The Relative Strength Index is at 60, signaling a likelihood of a bullish charge. This will push prices to the first resistance level at $33.4, beyond which it could retest the February 20th high of $36.5. 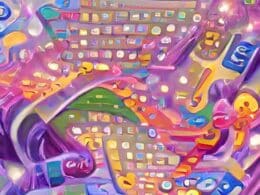 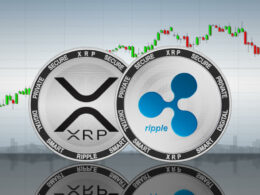 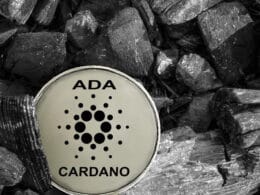