Cryptocurrencies have changed how the world operates in a number of ways. For example, the decentralized finance (DeFi) industry is revolutionizing how people access financial services like saving, investing, and trading.

There are different types of cryptocurrencies that are attempting to solve existing challenges. For example, there are DeFi governance tokens like AAVE, UNI, and ANC. Similarly, there are meme tokens like Shiba Inu, Dogecoin, Floki Inu, and Dogelon Mars. In this article, we will focus on privacy coins and explain some of the most popular ones.

One of the foundation principles of cryptocurrencies is privacy. In his white paper, Satoshi Nakamoto talked about the need for privacy when handling transactions. However, most blockchain projects are not private considering that they are based on public ledgers.

Therefore, to handle these challenges, developers came up with new cryptocurrencies that have a privacy component. These coins are fully decentralized but incorporate several approaches to ensure that transactions are extremely private. Here are some of the most popular privacy coins to invest in.

Monero is one of the biggest cryptocurrencies in the world. It is also the biggest and most well-known privacy coin around, with a market capitalization of more than $3.9 billion.

Monero solves the problem of privacy by using the concept of encryption. In Bitcoin, every user has a public key, which all people can see. They can also track how funds move into and out of the blockchain.

On the other hand, everyone has a public address in Monero. However, people cannot see the funds that are in your public address. At the same time, when you send funds to another Monero address, the network creates a new random address. Therefore, it becomes almost impossible for a person to track these funds.

Another thing is that a person’s address will never be seen in a public record of transactions. Instead, these people will always see a unique address.

Monero is extremely safe such that the Internal Revenue Service (IRS) paid thousands of dollars to companies who would manage to go into the network. Another reason why it is a good investment is that it has become extremely undervalued recently. The coin also has good brand recognition in the token privacy industry.

Dash is another leading privacy coin. It is a peer-to-peer coin that has prioritized the importance of privacy in its architecture; the coin has a market cap of over $900 million, making it a top hundred cryptocurrency.

A major benefit of Dash over Monero is that the coin has a lot of speed. As a proof-of-work network, Monero takes time to confirm transactions. With Dash, the process of confirming these transactions takes a short period.

Dash has created a simple ecosystem that makes it possible for people to move the coin easily. With its secure application, one can send money to a friend or even pay in a restaurant. It is now accepted in over 160,000 merchants and services. According to its website, it handled over 4.48 billion transactions in the fourth quarter of 2021.

Like Monero, Dash is a good investment because of its great brand recognition and the fact that it is already used widely by people focused on privacy.

Zcash is a relatively new privacy token that is aiming to change the industry. The coin uses a different approach to ensure that it has the highest privacy qualities. For one, unlike other cryptocurrencies that have a single transaction type, it has four of them depending on what a person wants. The four transaction types are known as private, deshielding, shielding, and public.

Other benefits of using Zcash are that it has low transaction fees, encrypted memos, and payment disclosure features.

Decred is another leading privacy coin that has a total market cap of more than $718 million. This makes it the 110th biggest coin in the world at the time of writing.

Decred is quite different from the other cryptocurrencies that we have looked at. For one, it uses both proof-of-work and proof-of-stake technology. With PoW, blocks are confirmed by solving mathematical calculations, while proof-of-stake uses validators to confirm transactions.

Decred uses several approaches to ensure that transactions are secret. It has a CoinShuffle++, which is a mixing protocol used to create Decred CoinJoin transactions.

The secret is a leading blockchain network that has privacy-preserving smart contracts. The platform is unique because it combines the concepts of Ethereum Smart Contracts with Monero’s private keys. The platform then combines the interoperability and scalability of Cosmos.

Therefore, all applications that are built using the Secret’s technology are increasingly secure. Some of the top apps built using Secret are Alter, Secret Auctions, and Orben Wars.

Privacy coins are expected to have strong growth in the coming years as more people embrace the technology. In this article, we have looked at some of the most popular coins in the industry. While their prices have declined sharply in the past few months, there is a likelihood that they will bounce back. 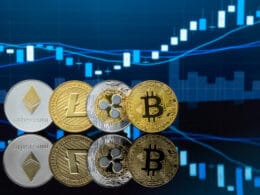 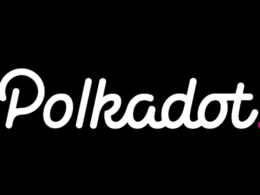 Despite only launching in May 2020, Polkadot is one of the fastest-growing cryptocurrencies on the market. The project…
bycrptum 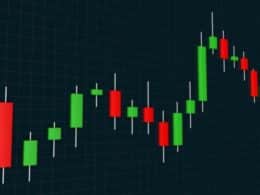 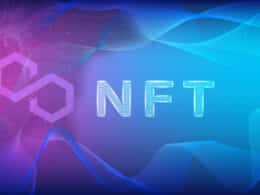