It’s been a rollercoaster year for the burgeoning cryptocurrency sector. Most cryptocurrencies were powered to record highs at the beginning of the year, with Bitcoin leading the rally as the overall market cap breached the $2 trillion mark. Bitcoin surged to record highs of $64,000 came at the backdrop of mainstream acceptance and increased investments from hedge funds and institutional investors.

A good number of institutions had placed bets on the flagship cryptocurrency led by Grayscale and MicroStrategy. Tesla also added support for Bitcoin payment as payment giant Square confirmed a $50 million investment. The string of investments all but affirmed cryptocurrencies’ acceptance in the mainstream world.

However, one piece of the puzzle was still missing that would eventually affirm how risky the emerging asset class remains.

Cryptocurrency acceptance among world powers or regulators has always been a gray area. China, the world’s biggest Bitcoin mining country, has been a major headwind for a sector looking to transition into the mainstream world. Ever since it became clear that cryptocurrencies can replace fiat currencies, Chinese authorities set out to curtail sectors growth.

As early as 2013, when cryptocurrencies were just but heating up, Chinese authorities ordered third payment providers to cease accepting bitcoin payments. In 2017, Beijing ramped up the crackdown, stopping token sales, targeting cryptocurrency exchanges in 2019.

While each time Beijing lashed out at the crypto industry, the crackdown wore off, with the rules eventually softened. However, it is still unclear if that will be the case with the latest round of crackdowns that pushed the sector to an edge.

In May, Chinese authorities banned financial institutions and payment companies from offering any crypto-related services. The crackdown triggered a massive sell-off that resulted in most cryptocurrencies imploding, shedding all the gains accrued in the year. Bitcoin tumbled from record highs of $64,000 to five month’s lows below the $30,000 level.

The arrest of people suspected of dealing in cryptocurrencies in nefarious ways all but fuelled fear in the industry. The result was the country’s bitcoin mining industry, the largest in the world, coming to a standstill.

While China has been home to more than half of the world’s bitcoin miners, a mass exodus has rattled the industry in the wake of the recent crackdown. Province leaders have already issued bitcoin miners orders to stop their mining operations. The hash rate, which measures the computing power of all miners in the bitcoin network, has declined significantly in China, affirming the crackdown impact.

Amid the mass exodus from China, most miners with huge financial backing have started to look elsewhere to launch their mining operations. Poolin is one such company that is in the process of diversifying its mining operations in response to the Chinese crackdown. The Hong Kong-headquartered mining company has already set sights on the US and Canada as potential countries to set base.

While China’s massive crackdown has had a big impact, it is not expected to stop the crypto tsunami. The fact that people only require internet connection, unlike many other industries, means operations can be relocated to other countries with friendlier regulations. This has been the case with mining operations being relocated to other countries.

Cryptocurrencies have been bashed at a time of growing concerns about global warming, given the amount of waste that some of them leave behind. Bitcoin has been the biggest casualty on growing concerns that the aggressive mining operations used to mine it pose a significant danger to the environment.

Bitcoin’s surging popularity has come with a huge environmental cost, with the electronic currency using as much energy as a medium-sized country. The proof of work mechanism that is energy-intensive in validating transactions has been the biggest undoing for the likes of Bitcoin among environmentalists.

Tesla hitting the brakes on Bitcoin payments citing the amount of fossil fuel used to mine and process Bitcoin, all but affirmed another major headwind facing the cryptocurrency sector in addition to regulatory pressures. Tesla withdrawing BTC payments was one of the catalysts that triggered massive sell-off in the sector, resulting in Bitcoin plunging from record highs of $64,000 to below the $30,000 level.

However, not all cryptocurrencies rely on proof of work mechanisms to verify transactions. The proof of stake is a common consensus mechanism that relies on larger coin owners to validate Blockchain transactions. That said, it is highly unlikely that the electric waste created by some coins such as Bitcoin has the potential to stop the crypto tsunami.

The cryptocurrency sector has been under immense pressure amid the unending regulatory pressure and concerns about the environmental pollution caused by mining operations. The uncertainty has triggered wild swings, with cryptocurrencies coming down after powering to record highs.

Amid the wild swings and uncertainty, the sector has remained resilient. Bitcoin recovery after plunging below the $30,000 level and shedding all the gains accrued for the better part of the first half of the year affirms that the crypto tsunami is here to stay.

As it stands, it will take much more than regulatory pressure and environmental concerns to stop the crypto tsunami. Institutional investors and high-profile personalities remain confident and bullish about cryptocurrencies all but affirm the growing belief that cryptocurrencies have long-term prospects. 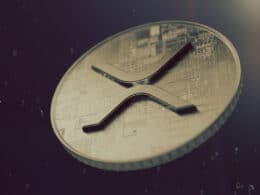 XRP has consistently been one of the most popular cryptocurrencies, often featuring in the top 7 and at…
bycoinpricepredict 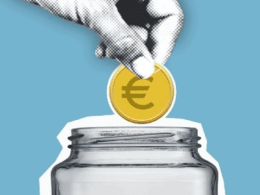 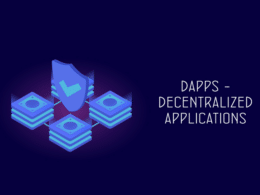 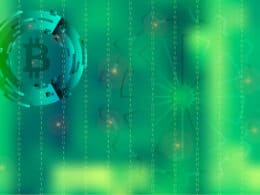