Ethereum was the first blockchain built with smart contract capabilities. This saw it attract developers aplenty, who built dApps and other decentralized projects on the network. Pretty soon, this introduced congestion on the chain, as it was only capable of handling about 15 transactions per second (TPS). As a result, the wait time to get a transaction completed went up, as well as its transaction (gas) fees. As a solution, layer 2 blockchains were introduced.

A layer 2 solution is a blockchain designed to execute transactions outside of the main chain, thereby minimizing network congestion. On Ethereum, these sidechains help to boost transaction speed and lower gas prices, all the while maintaining the mainnet’s security. They also carry the added benefit of lowering the network’s carbon impact, as using fewer gas means using less electricity. What are their methods for accomplishing this? The short answer is rollups.

Rollups are scalability methods designed to move transaction execution away from the main chain, whilst still posting the resultant data to the layer 1 blockchain. This means that they make use of the main Ethereum network’s security features. By utilizing the data that this layer 2 protocol transmits to the mainnet, smart contracts on the layer 1 chain may be leveraged to ensure transactions are correctly processed on the sidechain. In so doing, rollups minimize gas costs while increasing transaction capacity and their speed of completion, all while preserving security.

There are two kinds of rollups, which receive their classification from the security features they employ. The first is an optimistic rollup, which operates under the assumption that transactions are valid. It then sends the data of completed transactions to the main chain. If a transaction is flagged as fraudulent, the rollup calls a confirmation check from the available data. For that reason, withdrawing from this protocol may take longer if the transaction is challenged.

The second is a zero-knowledge (ZK) rollup, which bundles multiple transactions together, runs an encryption-based validation on them, and sends their proof of validity to the main chain. Since the bulk of the data is held on the sidechain, and only the proof of authenticity is sent to the main network, it lowers transaction costs by reducing the volume of data sent to Ethereum for processing. It is also characterized by near-instant transfers.

With this backdrop, let’s look at the blockchains built to provide scalability to the popular Ethereum network.

This is the most popular layer 2 solution for Ethereum. It boasts a throughput of 7,000 TPS and runs on the far more efficient proof of stake (PoS) consensus mechanism. This means it relies on holders of its native MATIC token to validate transactions through staking. It has all the tools that developers need to create Ethereum compatible dApps. Its fast speed, coupled with the low transaction costs, has seen it attract more than 900 dApps spanning various applications, from DeFi, blockchain gaming to web3. At the time of writing, it has a total value locked (TVL) of $4.16 billion.

Launched in 2021, Arbitrum has already managed to amass $2.34 billion in TVL. It was created by Offchain Labs, which was founded by a former White House Deputy Chief Technology Officer. It does not have a native token, so it uses the Ethereum mainnet to verify transactions (recall optimistic rollups). Therefore, its transaction fees are higher than those of Polygon, but still significantly lower than Ethereum. Due to its optimistic rollup protocol, withdrawals may take weeks.

However, it boasts its own Arbitrum Virtual Machine (AVM), which enables easy transfer of dApps from EVM to AVM and vice versa. This sees it host a majority of the dApps on the Ethereum network.

This is a layer 2 solution that utilizes ZK rollups. This means that transactions are verified off-chain and their validation proof sent to Ethereum, thus reducing transaction volume. This has the benefit of near-instant withdrawals, a throughput of 2,025 TPS, and significantly lower gas fees than Ethereum. Loopring also boasts a stakable native coin, LRC. What’s more, it doubles as a decentralized exchange (DEX).

Its nomenclature comes from its order execution method for its DEX. It utilizes order rings, each of which contains as many as 16 individual orders. For that reason, orders don’t need to be directly matched to be completed. This results in higher liquidity and better prices.

This is the first layer 2 solution dedicated exclusively to NFTs. It boasts speeds of up to 9,000 TPS, zero gas fees, and instant confirmation. This has seen it attract partnerships with notable brands such as GameStop, TikTok, and Illuvium.

To achieve zero fees, it partnered with StarkWare to develop StarkEx, a validity proof rollup, and StarkNet, a ZK rollup. Validity proofing means NFTs can only be traded with the owner’s express permission. StarkNet also bundles several transactions using ZK proofing, then sends their validity proofs to Ethereum as one transaction, whose cost Immutable X foots.

This is another decentralized layer 2 solution to Ethereum that makes NFT trading significantly cheaper. It plays host to the xDai stable coin and uses the PoS consensus mechanism. For that reason, xDai is stakable, allowing holders to earn passive returns. What’s more, transactions on this network are super quick, taking less than 5 seconds to execute. This has seen it enter into partnerships with the likes of SushiSwap, Chainlink, Ankr, and Unifty.

Ethereum has long been plagued with slow transaction speeds and high transaction costs. As a result, several layer 2 solutions have been developed to provide scalability, while maintaining the security of the main chain. Even when Ethereum 2.0 launches, these protocols will come in handy in relieving some of the workload off this mainnet. 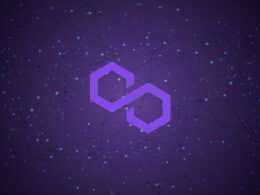 Ethereum was the first blockchain to enable smart contract functionality. This meant that this network could now host…
bycoinpriceman 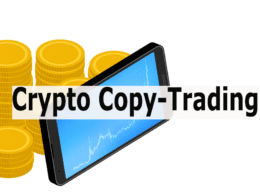 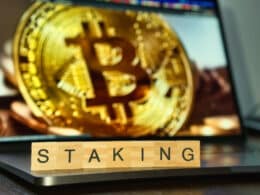 Following the environmental concerns raised by the energy-intensive proof of work consensus mechanism, a much more efficient proof…
bycoinpriceman 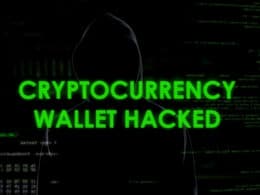