Home News Ethereum News The Market Has Corrected, but ETH Remains on Course for Another Takeoff

The Market Has Corrected, but ETH Remains on Course for Another Takeoff

Ethereum continued to wade off-market correction that has seen it drop from the historic high of $2,032 to $1,416 at the time of this writing. The digital currency has lost about $60 billion in capitalization over the past week and had an 8% price depression in the last 24 hours. However, new developments in the market may reverse the downward trend.

ETH price’s recent rally has largely been due to growing institutional interest. In the long run, the cryptocurrency will be propelled by bulk purchases by institutions and the integration of Ether into contractual and financial services.

Two days ago, GrayScale continued with its bullish approach to ETH, buying over 52,000 of the cryptocurrency. The institution now holds more than USD3.1 billion worth of ETH in its trust.

This month alone, Grayscale has added more than USD300 million worth of Ethereum in its inventory. The recent move shows the company’s growing confidence in ETH, despite the ongoing market correction.

Additionally, Ether seems to be winning government confidence, albeit in small doses. Early this month, Blockchain-based Service Network (BSN) announced its plans to provide auditing and analytical services for holders of Ethereum in its system. BSN is supported by the Government of China.

Some regions in Switzerland have also integrated Ethereum into their platforms recently. Earlier this month, the occupants of Zug Province were allowed to pay their taxes using digital assets such as Ethereum and Bitcoin.

Ethereum has also charmed its way into the world of high-end art. Christie’s, a world-famous auction house in Britain, announced a few days ago that it would authorize the use of Ethereum as a means of payment. For a start, Christie’s will be accepting the digital currency during an upcoming auction in digital art by Mike Winkelmann.

Similarly, yesterday, Damien Hirst, an art icon in Britain, revealed that he would be accepting Ethereum as payment for his eight print run paintings.

Three days ago, CI Global, an asset management company, announced that it had filed the largest Ethereum ETF (Ethereum exchange traded-fund) globally in Canada. CI Global intends to initiate this in partnership with Mike Novogratz, CEO of Galaxy Digital.

Less than 48 hours ago, Lido reported that it would be partnering with Unslashed Finance to insure Ethereum worth more than $100 million. The company stated that the move was meant to secure its users’ staking.

Ethereum prices are likely to return to a steady upward rally in anticipation of a planned fix for its gas charges. ETH has been unattractive to some investors due to its gas charges, which they find exorbitant. Recently, Andreessen Horowitz (A16z) announced that it would fund Layer-2 Scaling Solution for Ethereum.

Such a solution would reduce the cost incurred when executing Ethereum transactions or smart contracts.  The resultant effect would be ETH gaining more investors, especially those that have opted for cryptocurrencies with lower gas fees. More investors mean more value.

Based on these recent moves, it is likely that ETH/USD will hold off a slide into the $1,300 territory as new institutional investments absorb the market pressure. However, uncertainties such as the reported investigation by the Securities and Exchange Commission may trigger panic, leading to a price plunge.

If ETH breaks through this barrier, it will signal a bullish run that may lead to a 3-day high of $1,646. However, a significant institutional move in favor of the ETH/USD pair will trigger an outlier march that may drive prices toward the $1,800 mark. 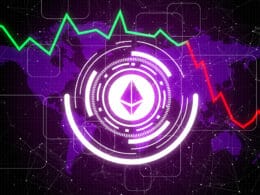 Ethereum price retreated during the overnight session, erasing some of the gains it made during the weekend when…
bycrptum
No comments 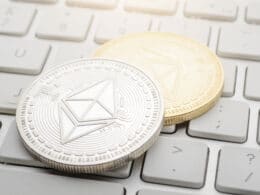 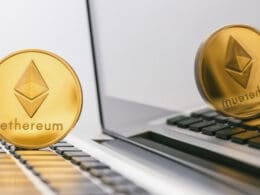 Summary ned consistency in winning institutional investment. ETH’s dominance in NFTs and interoperability are working in its favor.…
bycrptum
No comments 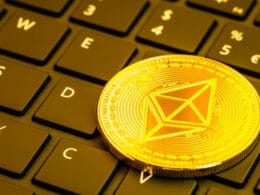 Summary ETH has recovered from the recent market consolidation. Minimal institutional adoption has slowed down a potential rise…
bycrptum
No comments