Polkadot Is Setting the Stage for a Takeoff

Polkadot was on its way up today, rising 8% in 24-hours to trade at $39.5 at the time of writing. The crypto-asset was also 4.78% higher than the price recorded seven days earlier. DOT is currently ranked sixth in terms of market capitalization, with a valuation of $36 billion.

Polkadot as a must-have altcoin

DOT’s market exposure has received a significant boost following its adoption by Simplex. The company is among the largest licensed financial institutions in Europe and is a principal member of the global financial services network, VISA.

Following its integration into the Simplex platform, DOT will be available for purchase to millions of customers. They will be able to purchase using credit cards, debit cards, bank transfers, and Apple Pay. This will likely drive up demand for digital assets.

Polkadot has also recently partnered with Unido as a strategy to promote staking on Moonstake. The partnership will provide Unido clients with access to Moonstake staking pools. It will enable them to leverage the Unido DeFi Vault to increase the margins on their investment yields. Currently, Unido provides crypto custody services hosted on the Polkadot platform, and the deal is meant to strengthen its position in the staking market.

In another development, Polkadot was among six digital assets recently added by BigoMex to its futures contract trading segment. The others were Uniswap, Dogecoin, Sushi Swap, Aave, and Chainlink. Users will be able to trade in the six cryptocurrencies by ordering long or short positions based on their bullish or bearish assessment of price movements.

DOT has also been added by Bybit to its derivatives trading platform. Polkadot was among three crypto-assets added by Bybit, with the others on the platform’s USDT trading pairs being Cardano and Uniswap.

The move to include the three in the margined perpetual contracts segment was informed by what Bybit termed as their high potential for growth due to their scalability, anonymity, and supporting decentralized trading. Also, Bybit CEO stated that the move would enhance the company’s liquidity.

Elsewhere, Graph Blockchain Inc. has chosen Polkadot and Cardano as the first altcoins in its staking and investment strategy. The Canada-based business company specializes in cryptocurrency business intelligence and also provides data management solutions for the crypto-market.

The company’s subsidiary, Babbage Mining Corp. will oversee the purchase and staking strategy. The development is likely to increase focus on ADA and DOT, and increase their demand.

In its attempts to improve its footprint in interoperability, Polkadot has teamed up with six other firms. The other parties to the partnership include Darwinia, Centrifuge, Snowfork, Chain X, Interlay, and Bifrost.

The partnership is geared towards developing trustless and decentralized bridges, which will result in enhanced interoperability between networks. Polkadot has recently claimed that “the future is multichain” and that a single blockchain can’t provide all the solutions.

DOT/USD will find the first support at $37.96, and the second support will be at $38.46. With a push-pull between bulls and bears looking likely, DOT will likely encounter resistance at $40.2.  A break past this point will provide impetus to try and retest the all-time high of $42.06 set on 20th February. 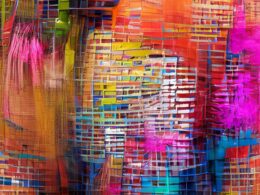 Checkout.com has announced that it will provide merchants with a real-time fiat-to-stablecoin exchange service through Fireblock’s crypto payment…
bycoinpriceman 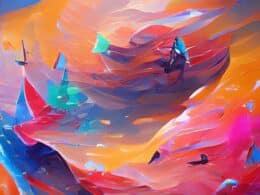 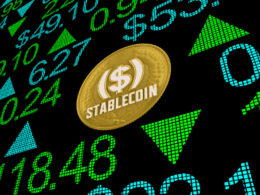 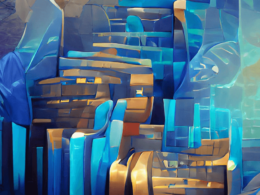 Stablecoins Hit Record Supply in 2021 amid Growing Use Cases

A survey by Block Research shows that the supply of stablecoins increased 388% in 2021, driven by increasing…
bycoinpriceman