ADA rode on its listing by Coinbase Pro, with its price rising by 25% on the anticipated increase in demand as a result of the development. Following the announcement, ADA’s price went on to touch the $1.42 mark. However, at the time of going to press, the price had slipped to $1.17, following the slowing down of the momentum brought by the Coinbase Pro announcement.

The propulsion provided by the Coinbase listing is likely to be a one-off event. However, its ripple effect may provide ADA with much-needed stability in a market that has been sending mixed signals.

The latest addition follows an earlier listing by Bloomberg terminal, which pointed to the rising interest from institutional investors and provided marginal support for ADA prices.

Cardano’s developers have hinted that the next crypto-asset development frontier will be from African economies. The firm hopes to gain from investments in the continent’s $5 trillion economy by leveraging its strengths to provide solutions in insurance, healthcare, and loans.

The concept is expected to attract investors to ADA. Cardano has already rolled out one such project in Ethiopia and earmarked Kenya, Tanzania, and South Africa as its next prime destinations.

Cardano has been receiving considerable interest recently, with the cryptocurrency’s system undergoing a new revamp. Its latest upgrade, titled Mary, has been its most attractive segment for DeFi protocols, with new projects set to be launched via this upgrade.

The competition is heating up

Cardano’s founder, Charles Hoskinson, has been on a strike-back mission over the past few days. Charles has sought to disapprove critics who have often claimed that ADA’s rise in valuation has no solid institutional backing.

He tore into the “ghost chain” claims via a Twitter post in which he posted Cardano’s institutional ecosystem. He later turned the heat on Ethereum, which he helped establish, stating that its model was built on “ghost dApps with no utility.” He went on to compare Ethereum to “failed” projects such as Netscape, Yahoo, and Myspace.

Hoskinson’s spat with Ethereum notwithstanding, it remains to be seen whether the much-hyped forays by Cardano into Africa will translate into a revenue surge. Failure on this front could lead to a price downturn.

Cardano was among the top performers in this week’s digital market as investors analyzed its bullish capabilities against the staling top rival Bitcoin and a continuous craze for non-fungible tokens or NFTs.

This latest spike propelled ADA’s year-to-date additions up by around 600 percent. In the meantime, its year-on-year gains accumulated to a huge 4,656 percent. With that record, it has outperformed major assets such as gold and the global stock market.

Notably, it has also done better over the past year than Bitcoin and Ethereum. This was during the period characterized by a massive injection of fiat money across the world by governments and central banks.

The price of ADA/USD has been rising since the beginning of this year. ADA was on an upward surge at the time of this writing. The Relative Strength Index (RSI) was moving upwards, thus, showing a bullish outlook and boosting chances of a price upswing.

The first support will be established at $1.16, while the first resistance level will be at $1.22. A break past this point will be met by a second resistance at $1.24. A break above this level could see a spike to retest the week-high $1.37. 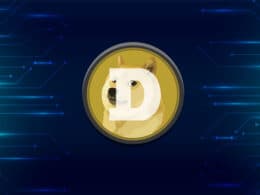 Summary Institutions are bowing to pressure and are accepting DOGE for payment. Celebrity endorsements will only provide support…
bycoinpricepredict 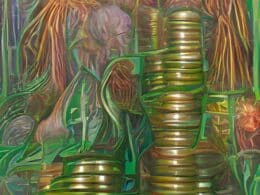 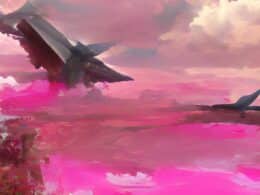 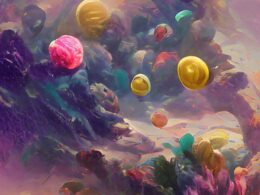 NIO to Give Employees NFTS as Souvenirs in Marking Growth

Chinese electric vehicle maker, NIO, has launched non-fungible tokens for staff to mark the growth of the company.…
bycoinpriceman