Dogecoin continued with its fairytale ascent yesterday, touching the $0.06 mark after a 3.7 % rise within 24 hours. But the more mind-boggling figures are its year-to-date returns which are above 1000%. The value of Dogecoin has been on a steep ascent following what most analysts previously dismissed as a “joke run.”

Dogecoin’s rise is as uniquely interesting as it is controversial because it has been more popularity-driven than demand-driven. Influencers like Elon Musk, Snoop Dogg, and Kevin Jonas are among celebrities that have been making the currency popular through memes and tweets. Similarly, Ben Phillips, a YouTube content creator, has been making Dogecoin popular both on Twitter and his YouTube channel.

However, regardless of the nature of its “claim to fame,” the market has responded impressively to Dogecoin. The bottom line is that those who invested earlier in the cryptocurrency are reaping big! Dogecoin is currently ranked among the world’s ten leading digital currencies. Its market capitalization currently stands at around $6.8 billion.

In what has caught many by surprise, Dogecoin has attracted institutional interest in record-time! Up until a few weeks ago, it had taken Bitcoin, a more established cryptocurrency, several years to win the confidence of institutions.

While the institutions it has attracted are not in the same league as Tesla, Mastercard, and MicroStrategy, Dogecoin has nonetheless attracted significant institutional interest. Four days ago, CovCare, an FDA-approved online market for COVID-19 kits, announced that it would accept the currency as payment for its products.

Investing is all about making good returns, and on its current trajectory, Dogecoin is worth investing in. Recently, trading veteran and CEO of Factor LLC Peter Brandt remarked that Dogecoin might be on the verge of providing a chance to make profits within a short period.

Elsewhere,  Mark Cuban has also invested in the currency to tutor his son about market trends. Additionally, in the past week, Jake Paul gave Dogecoin his vote of confidence, stating that Dogecoin has the same growth potential as other digital currencies such as bitcoin. Such “small wins” will keep Dogecoin’s value up.

About five days ago, Robinhood declared that the app would include the functions of depositing and withdrawing digital currencies, including Dogecoin in its system. The past week has also seen CM3 Solutions and Daytona Nissan integrating Dogecoin in their payment systems.

Dogecoin seems to be extensively centralized, and this could work against it. Earlier this month, concerns over the centralization of this digital currency negatively affected its price. During that period, its price dropped by about $0.09 to $0.05.

The second critical aspect is Dogecoin’s strength which also happens to be its weakness. The digital currency started as a joke, and this might also cause its rapid downfall. There’s an existential danger that it will eventually lose its value.  However, this will only happen if it fails to attract more institutional validation and if its influencers or massive followers no longer find the jokes encompassed within it amusing.

The DOGE/USD price has generally been rising and falling significantly within short time gaps. At the beginning of this month, the price of DOGE/USD was about $0.047, and it peaked at $0.086 on 7th February. The price has since fallen by nearly $0.03.

The coin’s Relative Strength Index (RSI) is at about 43,  indicating that the market could still assume a bearish trend.

Therefore, even though the DOGE/USD pair seems to be experiencing an increase in prices, there seems to be space for it to slope downwards. The coin will find the first support level at $0.049, with $0.051 being the second support level. It will meet resistance at $0.058 and $0.060. A break above $0.060 will signal the possibility of a new historic high. 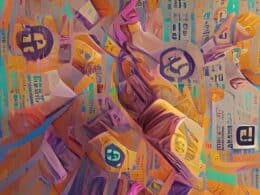 American financial services company, Charles Schwab, has applied to the US Securities and Exchange Commission to launch a…
bycoinpriceman 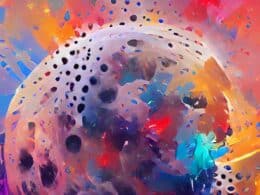 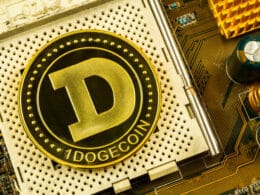 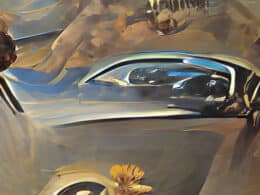 Bentley Ventures into NFTs With One-Off Airdrop on Polygon