Bitcoin gained 1.6% in 24 hours to trade at $46,347 against the US dollar and continue with its rally above $45,000. That means that the cryptocurrency has now gained about 18% in the last 7 days and its market capitalization currently stands at $870 billion.

Bitcoin’s move above $45,000 effectively broke its 200-day moving average and possibly set in on its way to retracing its bullish run in the first quarter of the year. Bitcoin’s resurgence has certainly caught the attention of investors, with another attempt being made to list a BTC Exchange Traded Fund in the United States.

This time around, Global X asset manager VanEck is leading the course to try and convince the Securities and Exchange Commission (SEC) to approve the first such listing in the United States. According to VanEck, the ETF will be based on Bitcoin futures.

However, this is yet another uncertain attempt at convincing the SEC to soften its stance against digital assets. The previous filling by the company back in 2017 wasn’t approved. Therefore the latest filing has a 50-50 chance of success. The approval of a Bitcoin ETF in the United States would be a great boost to the market momentum of the cryptocurrency, and would most likely boost its price.

Miners’ wallet holdings are a key indicator of a strong market

In the meantime, a cryptocurrency analytics firm, CryptoQuant, has recently revealed that the number of Bitcoin held in miners’ wallets is nearing their May 2021 levels when BTC prices reached their ATH. This is interpreted as being an indication of low selling pressure by the miners.

This is good for BTC’s price because it means that less of it is available in the market. Conversely, a reduced number of miners’ wallet-held BTC means increased supply, and thus creates a bearish market. Investors should therefore keenly track the changes in the miners’ wallet holdings for cues on how BTC prices are likely to move.

In an equally important development,  there has been a 10% rise in Bitcoin transactions worth $1 million and above. This is strong proof of the strength, not the current uptrend, barked by whale investors.

The rise in BTC prices is a great motivation for miners to generate more of the currency in the hope of profiting from the bull run. Miners have also benefited from the reduction in the mining difficulty of BTC.

For instance, Bitfarm, Marathon Digital, Argo Blockchain and Hut8 have reported an increase of about 58% in their Bitcoin mined in July compared to June. This happened without significant expansions to their mining rigs.

The increased ease of mining BTC is attributable to China’s crackdown against Bitcoin miners in the country, back in June. This gave miners located outside China a bigger stake in global BTC mining. In addition, affected China-based miners have had to seek alternative areas to establish their mining operations. However, that has also come with its challenges.

For example, about 200K ex-China miners have been left disillusioned after it emerged that the location they chose to relocate to in Alberta didn’t have enough electricity to support their rigs.

As an alternative to China, some companies in the Western world are jostling to play a bigger role in the BTC mining space. For example, Black Rock Petroleum signed a deal with China’s Optimum Mining Host to relocate about 1 million mining machines to one of Black Rock Petroleum’s Canada-based locations.

The BTC market momentum is at an RSI of 71, which denotes an overbought asset. However, market fundamentals look strong and may support a further resurgence in the momentum. A continuation of the current bullishness is likely to propel the price to a resistance at $48,607.  On the lower side, BTCUSD is likely to find the first support at $45,060 and the second one at $43,889. 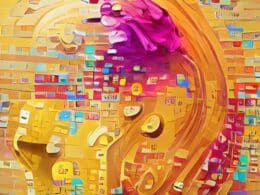 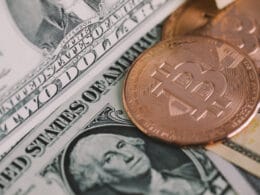 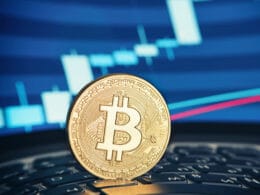 Bitcoin Has Rebounded and Must Now Step on the Acceleration Pedal 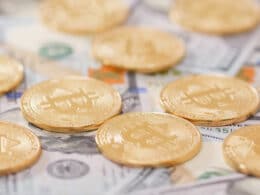 A recent rise in hash rates points to rising bullishness. Retailers and institutions are showing confidence in BTC.…
bycoinpricepredict