Proof of History: The Decentralized Clock for Blockchain

One of the biggest challenges that face most decentralized systems is the agreement on time. The way the distributed systems are set up makes it difficult to agree on when an event will occur or when it happened. Proof of History (PoH) is one mechanism that is increasingly providing an ultimate solution to this impasse.

Popularized by the Solana distributed system, PoH is a permissionless source of time on a decentralized network. Contrary to perception, it is not a consensus protocol but a solution to the clock problem that has clobbered distributed systems over the years.

Most decentralized systems have tried to solve the clock problem by relying on centralized timing solutions, all but going against the precepts of distribution. The fact that nodes in some decentralized networks rely on external sources of information calls for a much better option when it comes to tracking the time that appears on a message on a blockchain.

It offers timestamps by simply proving a message transpired before or after an episode. For instance, if someone was to take a photo with a cover of the Wall Street Journal, they would simply be creating evidence that the photo was taken after the newspaper was published.

Consequently, PoH seeks to create a record that shows an incident did indeed occur based on an incident before or after. It is considered a Verifiable Delay Function that requires several steps to evaluate and produce unique outcomes that people can verify.

Proof of History can provide a way to verify the passage of spells between events. The mechanism leverages cryptography, thus ensuring the output is not in any way protected from the input.

As the name suggests, Proof of History is a mechanism that creates a historical record to try and justify that an event did indeed ensue. While most networks require validators to communicate with one another, that is not the case with Solana’s ledger. Its blockchain has created its own clock through cryptographic encoding, thus averting relying on third-party sources for time stamps.

The implementation of Proof of History by Solana has resulted in a high-performance blockchain. The powerful distributed ledger came into being following several optimizations and new technologies, all but signaling new dawn in the evolution of ledger technology.

PoH relies on a cryptographic function capable of generating an output without input. The function is executed to create a result on being run in a sequence on a single core. The previous output of the function acts as the input.

The first output, which acts as the input for starting the sequence, can only be predicted by running the function. The function is executed to form some random starting point, and the output is taken out or passed out to act as the input.

The starting random function used as the reference can be an incident that occurred at a given point. Consequently, it could be a headline on the Wall Street Journal or when a major natural disaster that shook the world transpired.

In this case, the output is recorded and the number of times it is used to generate the next output of the sequence. In addition, it must be verified by other computers on the network to confirm each sequence.

In most cases, data from the sequence is time-stamped and reordered as it was integrated. This way, the timestamp can confirm whether an episode transpired the next hash is created.

Inputs into the PoH sequence must have references that can be inserted as a signed message with the user’s signature. This way, one can ensure the reference point is not modified without the user’s consent or private key. The reference makes it easy and possible to know when an event happened.

It is also important to note that a sequence as part of the mechanism can only be generated on a single CPU core. However, the output must be verified in parallel in the network.

Each slice, in this case, must be verified from start to finish in different cores while considering the time it took to generate. For instance, advanced GPUs with up to 4K cores can verify seconds in ¼ milliseconds.

Why PoH stands out

It stands out partly because it does not operate as a normal infrastructure. Unlike normal blockchain, it does not depend on or wait for sequential production of blocks or processes that may be slowed by waiting for confirmation and verification to occur.

Instead, PoH relies on a fundamental move forward in the structure of networks, thus enhanced speed and capacity. Additionally, it does not depend on other sources for timestamps. Instead, time is generated internally while taking into consideration whether an occasion occurred before or after an incident.

However, it is important to note that it is not a permissionless system but allows the community on the network to compute the state of the distributed system.

Proof of History is a unique mechanism deployed on a network that does not rely on centralized systems or sources for timestamps. The mechanism relies on historical episodes to prove that an event transpired at a specific period, unlike others that require nodes to communicate to agree on the time. 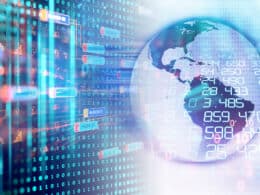 Blockchain is a revolutionary technology having a ripple effect on traditional industries and the global economy. From enhancing…
bycoinpriceman
No comments 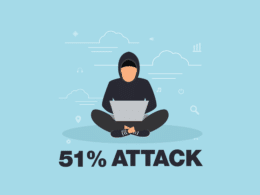 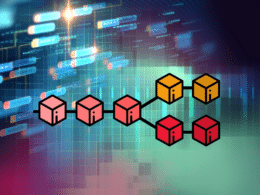 ‘Forking’ is a word that commonly comes up in discussions of cryptocurrency. You’ll see it a lot, especially…
bycoinpriceman
No comments 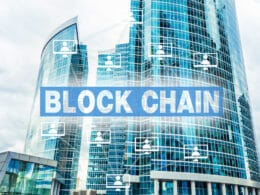 Cryptocurrencies have certainly come a long way from Bitcoin’s inception in 2009. This project falls under the umbrella…
bycoinpriceman
No comments