Binance coin (BNB) was down 11% in 24 hours, trading at $231 at the time of writing. BNB prices had a remarkable run in February when they went on to reach $339, setting a record high in the process. However, March has not been as good to BNB, and it was 13% lower than its price 30 days ago.

BNB has had fluctuations in March, with much of the oscillations being between $250 and $300. The cryptocurrency started the month at $250 but slipped to $220 on March 3. It grew to $300 heading into the second week but then spiraled back to $250s one week later. However, in the past two weeks, BNB price has struggled to go beyond $275, effectively establishing a psychological barrier at that point.

As concerns mount over the use of cryptocurrencies in criminal and fraudulent schemes, Binance has expressed its intention to safeguard its sphere. The crypto-exchange has this week brought on board Josee Nadeau and Rick McDonnell.

The two will spearhead Binance’s anti-money laundering and anti-terrorism financing campaigns. Both gentlemen come with robust experience from their time at Financial Action Taskforce, where Rick served as Executive Director, and Josee served as the Head of the Canadian delegation.

While Binance has made progress over the past week, much of it is likely to result in minimal price movement.

In one development, Opium Protocol has entrusted Binance Smart Chain (BSC) with its staking initiative. The platform’s decision is informed by the need to cushion its token from the prevailing market downturn. This is a statement of confidence in BSC’s stability in the volatile crypto-market.

The announcement by Opium revealed that the project will help the platform to increase its liquidity and will be on 1Inch exchange, starting March 25th. The firm hopes that its high APY above 1,000% will be too exciting to resist and will help increase the demand for the Opium token.

Binance is also keen on enhancing its performance in the NFT frontier through BSC. The platform has already launched a reward scheme involving NFT in France and has set its eyes on Belgium for the next launch. Ultimately, the project, which rewards users based on their contributions in webinars on the Binance ecosystem, will be rolled out throughout the world.

The pilot “webimarathon” event involved representatives from Binance and its collaborating partner, socios.com. In the end, the project hopes to educate the masses on BSC and attract them to the ecosystem.

Elsewhere, Binance has this week signed a Memorandum of Understanding (MoU) with CapBridge Financial. The latter is a Singaporean company that provides a platform for integrated online markets and is regulated by the country’s financial regulator, the Monetary Authority of Singapore (MAS). Binance expects to leverage CapBridge’s Capital Markets Service License and 1Inch exchange’s market experience to expand its services in the region.

BNB will find support at $229, but with the Relative Strength Index at 43, it looks likely that the price will oscillate between $234 and $246. An upsurge looks unlikely under current market consolidation, but an unlikely break past $247 will meet a second resistance at $257. 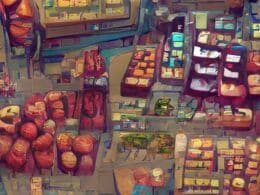 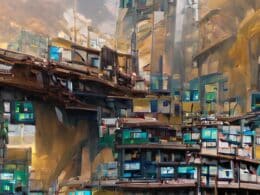 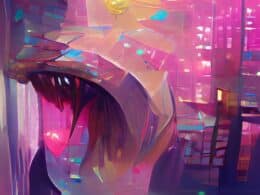 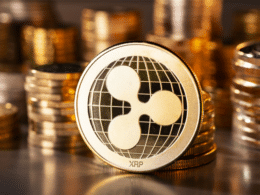 Summary The digital currency is facing a lawsuit, and some investors are pulling back from it. Ripple remains…
bycoinpricepredict