Home Education Verge: One of the Most Popular Privacy-Centric Cryptocurrencies

Verge, what makes it a unique cryptocurrency? This project forms part of the handful of so-called privacy coins.

In recent years, we have seen how advanced digital currencies have become. Somewhat of a fascinating subset in the space are privacy coins aiming to take transaction secrecy to another level.

One of the projects in this realm is Verge, a coin that’s been around for several years with an eventful history. Verge was one of several digital currencies seeing an unprecedented surge in 2017, going from $0.000002262 at the start of the year to $0.26 by Christmas Eve.

Unfortunately, it has fallen considerably ever since presently trading at $0.05 with a market cap of about $911 million and a #103 ranking according to CoinMarketCap.

Interestingly, there are several privacy-conscious cryptocurrencies already in the industry which are ranked much higher. So, what makes Verge different from the rest? Let’s find out.

Very little information exists on how Verge started. Nonetheless, it is the brainchild of an American software engineer named Justin Vendetta or Sunerok.

The genius developer has claimed to have started programming from the tender age of 8 and had a growing interest in Bitcoin since 2011. Verge began in October 2014 under the interesting name, DogeCoinDark.

It was a hard fork of Dogecoin, an already-established digital currency at the time. According to the 5th edition of Verge’s ‘blackpaper,’ the project was established to enhance Bitcoin’s vision of a ‘decentralized electronic payment system,’ except it would provide ‘end-user identity obfuscation suited for everyday use.’

In other words, Verge aims to be more private than its predecessor. It was only in February 2016 the coin went under the more succinct name, Verge, to make it easily distinguishable, and prevent associations with Dogecoin & the dark web.

How does Verge work?

At its core, Verge is like most cryptocurrencies; decentralized, peer-to-peer, and open-source. The only distinction setting it apart is offering anonymity by primarily utilizing The Onion Router (TOR) and Invisible Internet Project (I2P) technologies to anonymize the IP addresses of its transacting participants.

TOR and I2P are both anonymous network layers running internet traffic through overlay networks, which is how they conceal one’s IP address and make it incredibly difficult to trace a computer’s location.

However, there is still one other problem here; we can still see the transactions linked to a public address on Verge’s blockchain explorer. As an option, users can use a stealth address, a technique involving generating one-time addresses for individual transactions, which is actually the method for achieving better privacy between senders and recipients.

However, its ability to make transactions private is not as advanced as other coins like Monero. Nonetheless, unlike its counterpart, Verge is more transparent as we can see all the transactions in real-time, an absent feature with the former.

Trading and buying the coin occurs at numerous recognized exchanges. Furthermore, many cold wallets like Voyager, Atomic, and Verge’s proprietary vergePay also allow for the purchase and storage of XVG.

Verge is quite unique in that its mining is compatible with five hash functions, making it multi-algorithmic. The coin currently supports the popular Scrypt algorithm, most notably utilized by Litecoin and Dogecoin.

The other four hash functions include X17, Lyra2rev2, myr-groestl, and blake2s. Like most digital currencies, Verge relies on the proof-of-work (PoW) consensus mechanism for confirming transactions and ensuring security on its network.

PoW involves mining where ‘miners’ compete using advanced computers by solving complex math equations for the privilege of adding blocks on the blockchain.

Verge is a deflationary coin like Bitcoin as it employs halving, a mechanism that slows the rate of production and reduces miners’ rewards by half.

The amount of XVG miners earn will go from 100 to 50 from around August-September 2021. Verge’s halvings occur after roughly every 500 000 blocks. The maximum supply of Verge coins is 16.5 billion, with approximately 16.4 billion currently circulating, which is about 99% of the distribution.

Despite its lower ranking in terms of most traded cryptocurrencies, Verge serves a unique and essential function in the field of privacy-enhanced digital coins that includes the likes of Dash, Monero, Horizen, Pivx, and Beam.

For starters, privacy coins like Verge are totally anonymous while others are pseudonymous. By pseudonymous, it means that though anonymity does technically exist, we can still trace the transaction history to a specific public key on the blockchain.

Coins like Bitcoin aren’t completely obscure, even though no identifiable information comes with a public address. However, there is still a chance, through advanced means, someone can link a public key to a real-world identity.

Secondly, as Verge is multi-algorithmic from a mining perspective, it is more egalitarian because more computers have a higher chance of mining profitably across different functions rather than one.

This is unlike a project like Bitcoin that has become increasingly centralized with its mining since it relies on one hash function and intrinsically favors miners with expensive equipment, many of whom come from China because of their cheap electricity.

Lastly, it is also incredibly scalable, considering every transaction takes about 34 seconds presently, enabling much faster and cost-effective settlements. The 16.5 billion max supply is intentionally high to ensure every individual token is dirt-cheap and to avoid fractional payments.

Verge is yet another intriguing project. Aside from the privacy features, as a deflationary coin, it provides the advantage of scarcity, an important point to note since we are near the max supply. Historically, by observing its recent few halvings, we can see Verge’s value rose each time.

With the upcoming halving event sometime in 2021, investors expect similar behavior in the markets. Of course, no cryptocurrency is wholly perfect, but Verge has been around for many years and deserves all the credibility it has received. 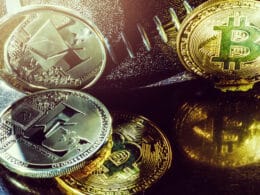 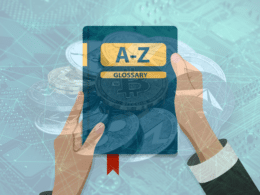 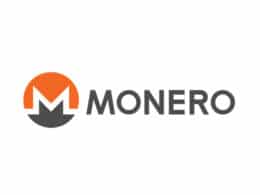 What makes Monero a special privacy coin? This article will detail how Monero started, how it works, and…
bycoinpricepredict 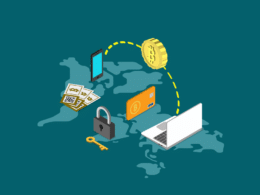