Home Education Bitcoin Mechanics: What You Should Know, Part II

Bitcoin is the poster child of the burgeoning crypto space. Since the launch of BTC in 2009, it has experienced wild swings characterized by crashes and rallies to record highs. Additionally, it has grown in popularity amid increased acceptance not only among investors but also governments worldwide.

Bitcoin is simply software, thus the digital form that enables everything to take place online. It entails a set of protocols and processes right from the mining process that creates new coins to send and receive aspects.

Amid the mix of fortunes, it begs to ask how Bitcoin works. It is important to master key terms to get the idea of why the digital asset became so popular.

Blockchain: This is the underlying technology on which the crypto asset runs. It is an open-source code that creates a public ledger on which BTC runs. Additionally, every transaction involving the digital assets is recorded and shared on the ledger for everyone to see. However, the technology is not unique to Bitcoin as it powers tens of thousands of other digital assets that came in the aftermath of BTC.

In this case, the keys act as passwords that allow people to initiate and digitally sign transactions. Consequently, the keys act as proof of authorization for accessing and using BTC tokens stored in wallets.

Bitcoin Miners: The source of Bitcoins is mining. In this case, Bitcoin miners connect powerful computers to solve complex mathematical puzzles. Therefore, the mining process entails the solving of the complex puzzles from which miners are rewarded.

A block is generated for each correct answer approved by the network, which is added to the BTC blockchain. Additionally, Bitcoin miners confirm transactions carried out on the BTC blockchain and get paid for their efforts.

Bitcoin came into being with the sole aim of enhancing peer-to-peer transactions by simply doing away with intermediaries. The BTC transfer is a signed message through cryptography, that is sent to the whole blockchain for confirmation.

There are three elements of the BTC transfer.

Input: It describes the record of the BTC addresses from which a transaction is to be initiated and sent to the recipient’s address.

Amount: It is a part of the BTC transaction that details the amount of BTC to be sent to the recipient’s address.

Output: It is a public key that details the recipient’s bitcoin address. It is simply the address to which the BTC amount would be sent from the input address.

To initiate a Bitcoin transaction, the sender must have access to public and private keys that allows them to access BTC amounts stored in a wallet. Public keys are random sequences of letters and numbers that can be shared when one wants to receive some Bitcoins. They act as an address to which cryptocurrencies are sent.

When BTCs are sent, a wallet creates a transaction output that is simply the person’s address to whom the coins are being sent. Consequently, the transaction is registered on the BTC blockchain with the sender’s BTC address as the transaction input.

Bitcoin stands out from the traditional monetary system of operating a decentralized peer-to-peer network. The network enables fast, safe and efficient transfer of money over the internet. In this case, the blockchain network operates under set rules ensuring that all information is transparent while transactions remain anonymous and secure.

The blockchain network that powers the digital asset has provided an alternative to the fiat currencies and payment system. While a central authority controls nothing, the system allows people to send and receive money anonymously on the network within the shortest time possible.

Additionally, a number of businesses and companies are looking to leverage the Bitcoin blockchain to enhance the security and transparency of processes and prevent fraud.

For instance, people are making BTC payments to purchase video games, e-learning courses online, or even subscriptions. Some of the high-profile businesses that accept bitcoin include Bloomberg, Microsoft, and Twitch.

Additionally, BTC provides a way for people to donate to a wide range of charities. Several charity organizations accept donations in cryptocurrency.

Bitcoin has also become an investment tool allowing people to speculate on its price and generate profits on price changes. Online trading in cryptocurrency has gained momentum finding its way into the traditional financial system.

Bitcoin is the flagship cryptocurrency sending ripples in the global financial sector. It stands out given its ability to enable anonymous payments. Fast and secure cross-border payments make it an ideal tool for sending large sums of money. Additionally, cryptocurrency has emerged as an investment tool allowing people to profit from its wild price fluctuations. 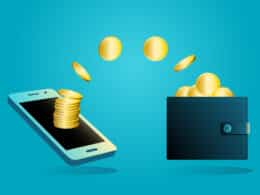 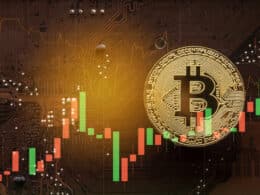 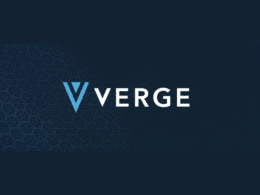 Verge, what makes it a unique cryptocurrency? This project forms part of the handful of so-called privacy coins.…
bycoinpricepredict